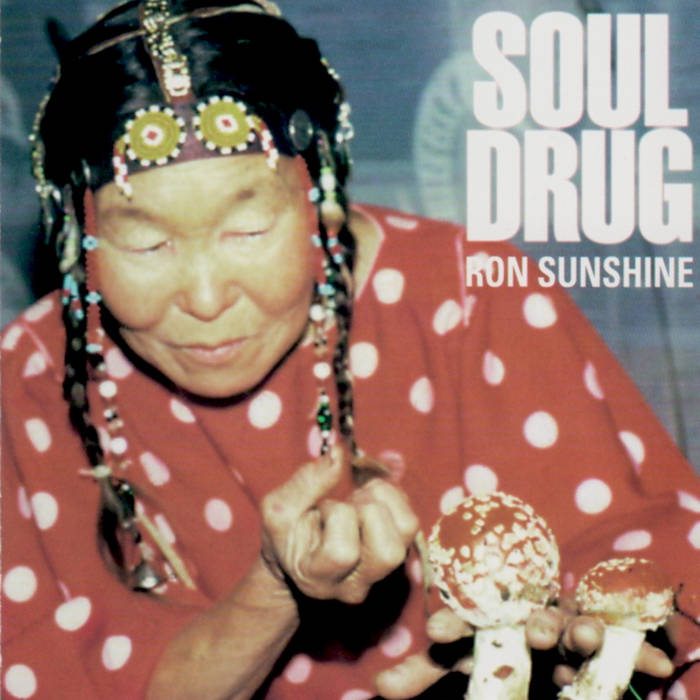 RON SUNSHINE'S 1998 FUNK CD IS CALLED SOUL DRUG, a collection of eleven original songs designed to groove you into the millennium.

Take a laid-back, soul-infused, jazz-inflected and funky journey into the realm of real musicians playing real instruments--the way music was meant to be heard and felt. The groove is addictive, but good for the soul.

This is the music you want on your stereo when it's time to drive to work, time to party, and definitely when it's time to get down, if you know what we mean. Try a little SOUL DRUG for what ails you. It works, and there are no known side effects.

Update on the musicians who played on Soul Drug
Andy Hess (bass), after stints with the Black Crowes, John Scofield and others is now the bass player for Gov't Mule. David Santos (co-writer and co-producer) has gone on to play bass for Billy Joel, The Neville Brothers, John Fogerty, Crosby, Stills & Nash and others. Doug Petty (keyboards) has been playing with Shawn Colvin, LeeAnn Rimes, Enrique Iglesias, and has recorded with Britney Spears, Backstreet Boys, and many more. Catherine Russell has been heard singing backing vocasl for Steely Dan, and is now a regular member of David Bowie's band. Frank Daly (guitar) has been Bo Diddley's second guitar player for several years. Hear them all together on SOUL DRUG.

Dedicated with love to the memory of Howie Wyeth

Singer, songwriter, harmonica player Ron Sunshine was born in Denver, moved to NYC in '81, and started paying music full time in '90. He has released six albums, toured internationally, and recorded &performed with the likes of Dr. John, The P-Funk Horns, Pinetop Perkins, Wilson Pickett, and many others. Ron & band continue to dazzle from NY to Los Angeles, Paris to Stockholm, Bermuda to Red Bank. ... more

Bandcamp Daily  your guide to the world of Bandcamp